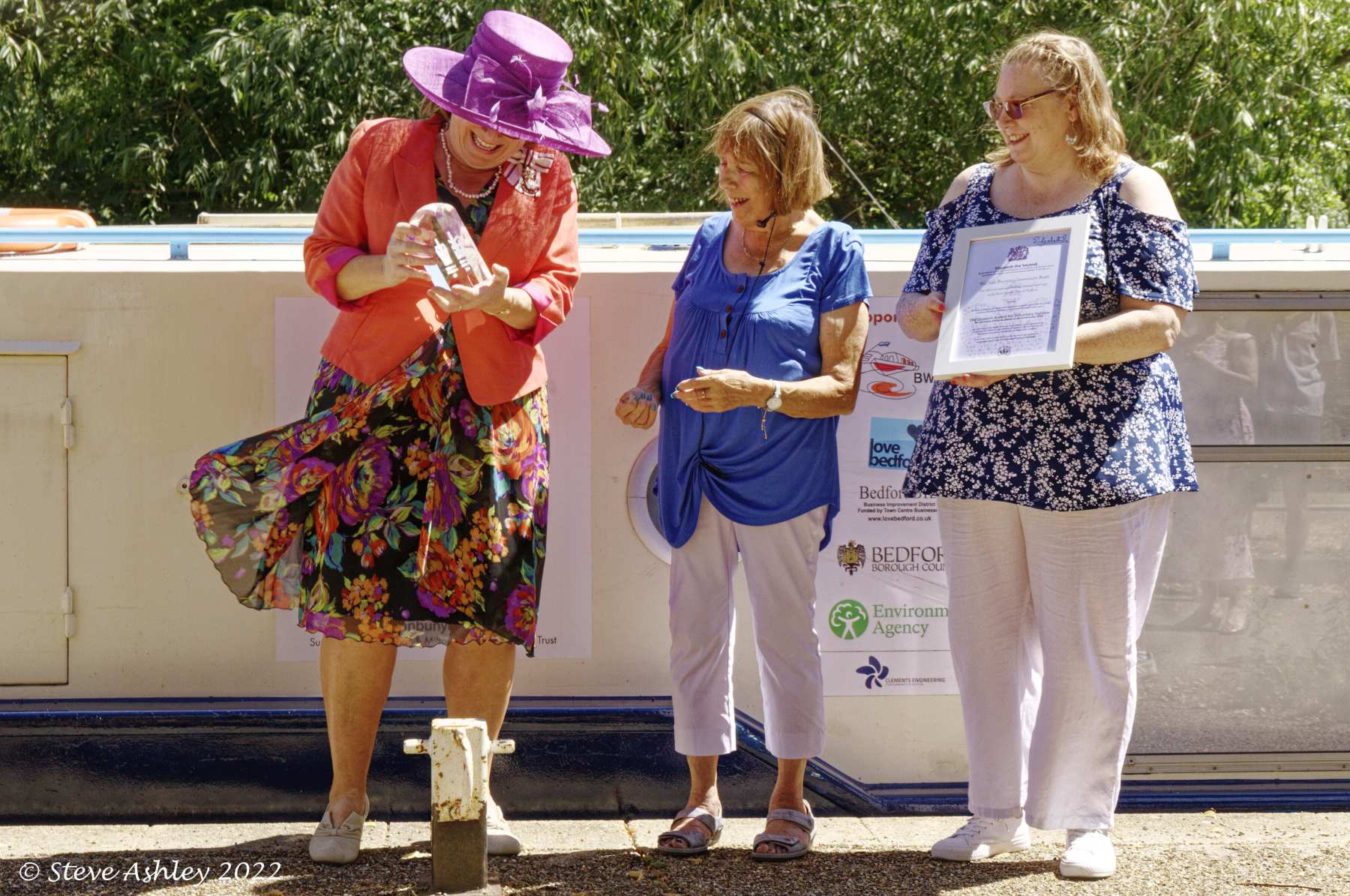 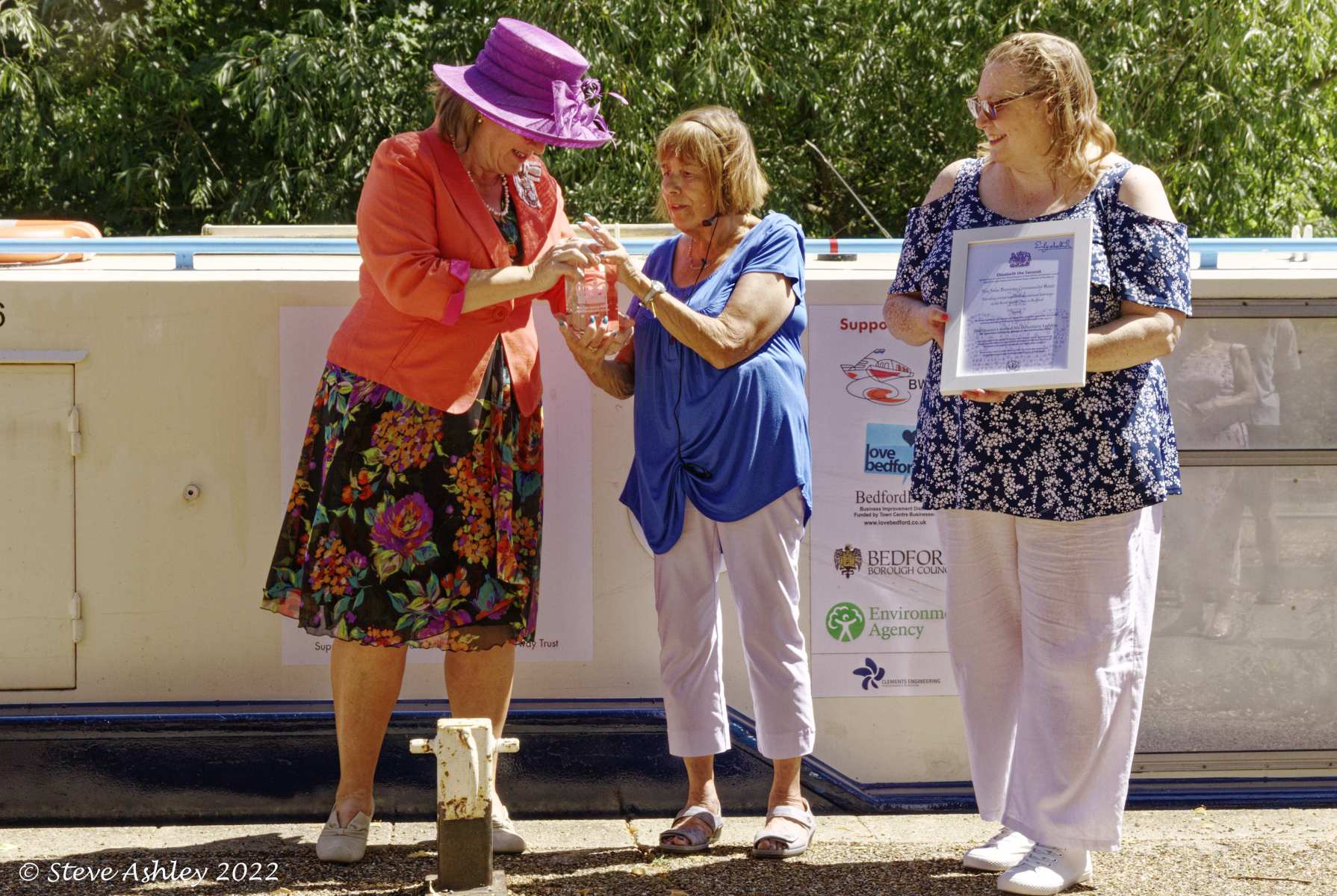 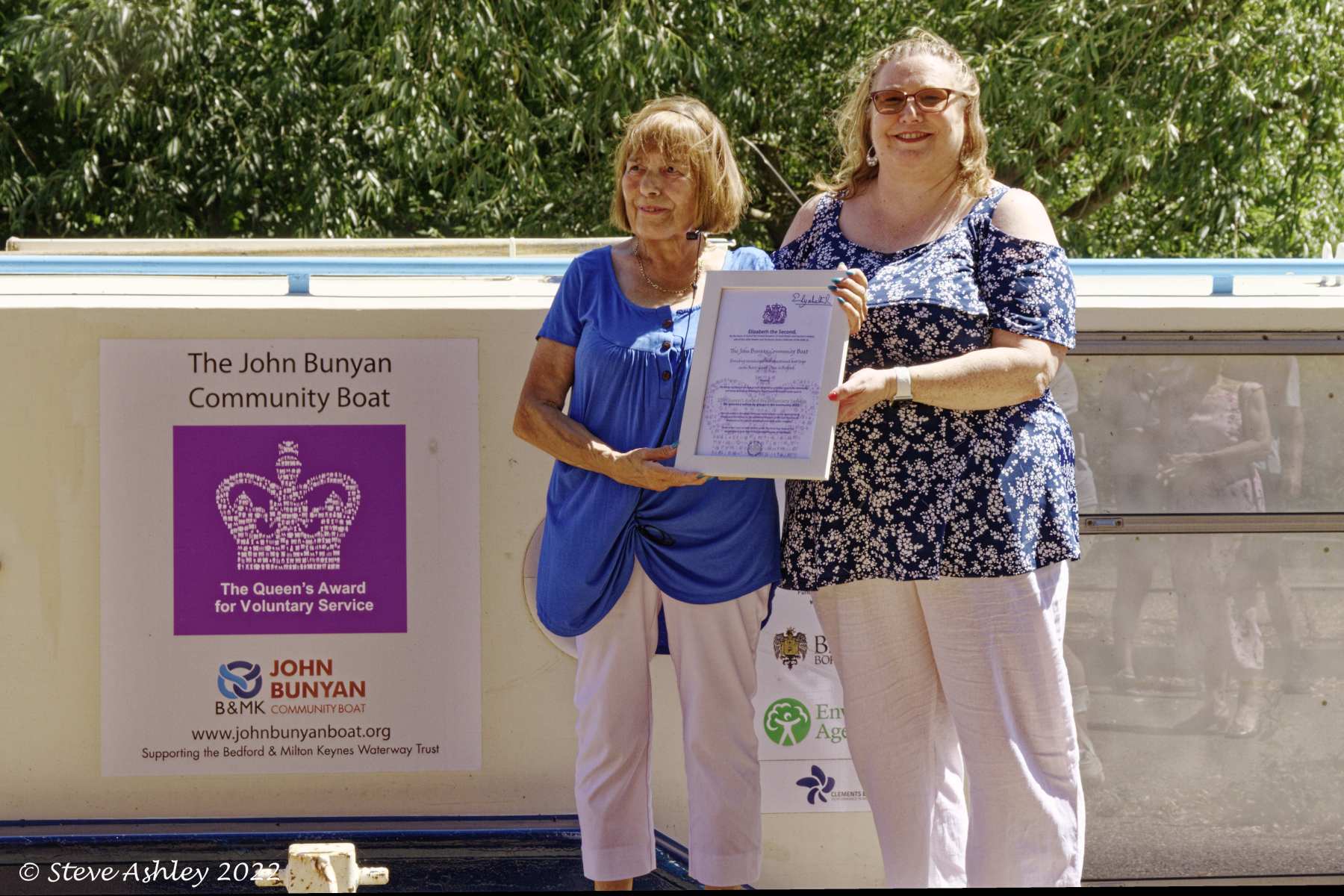 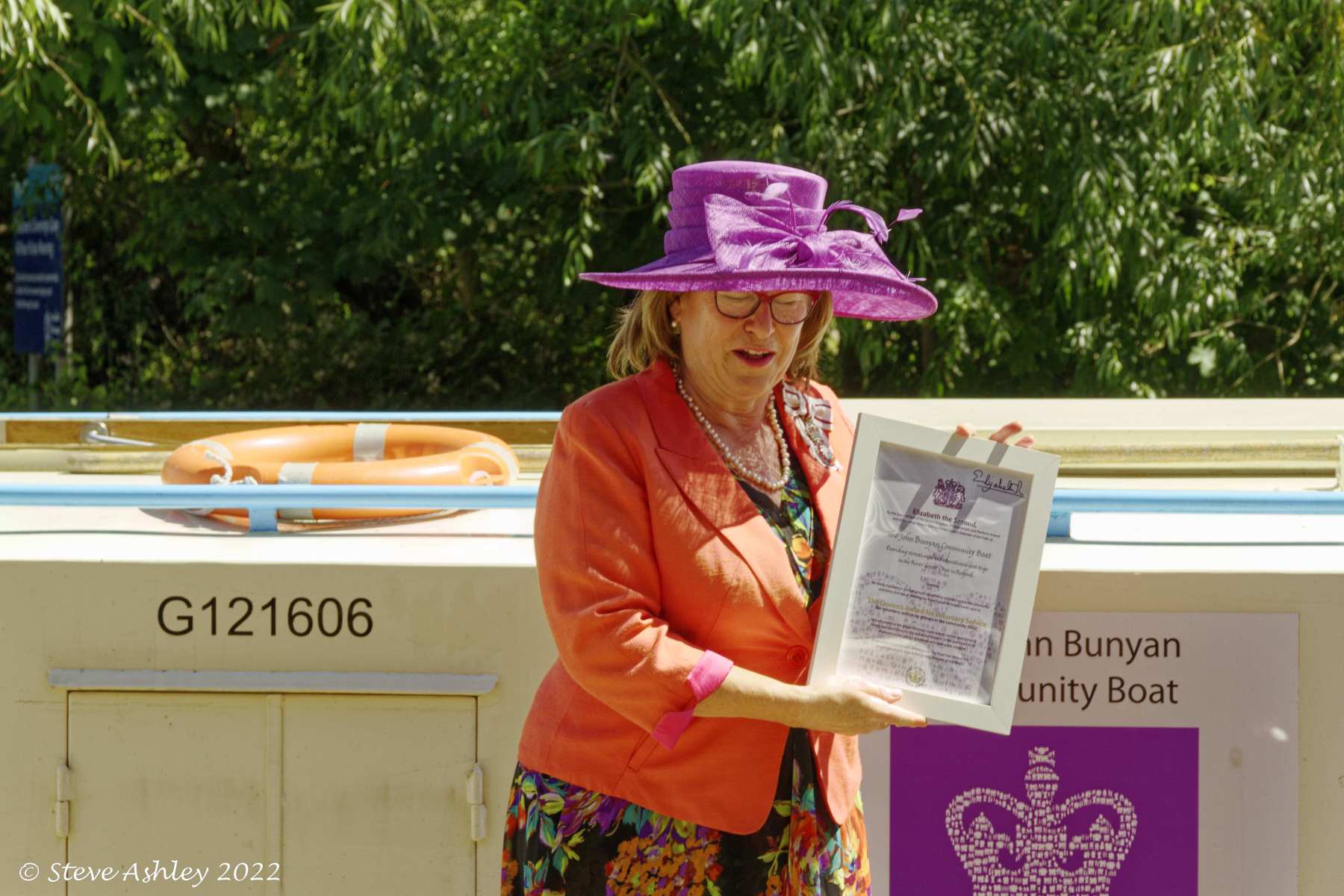 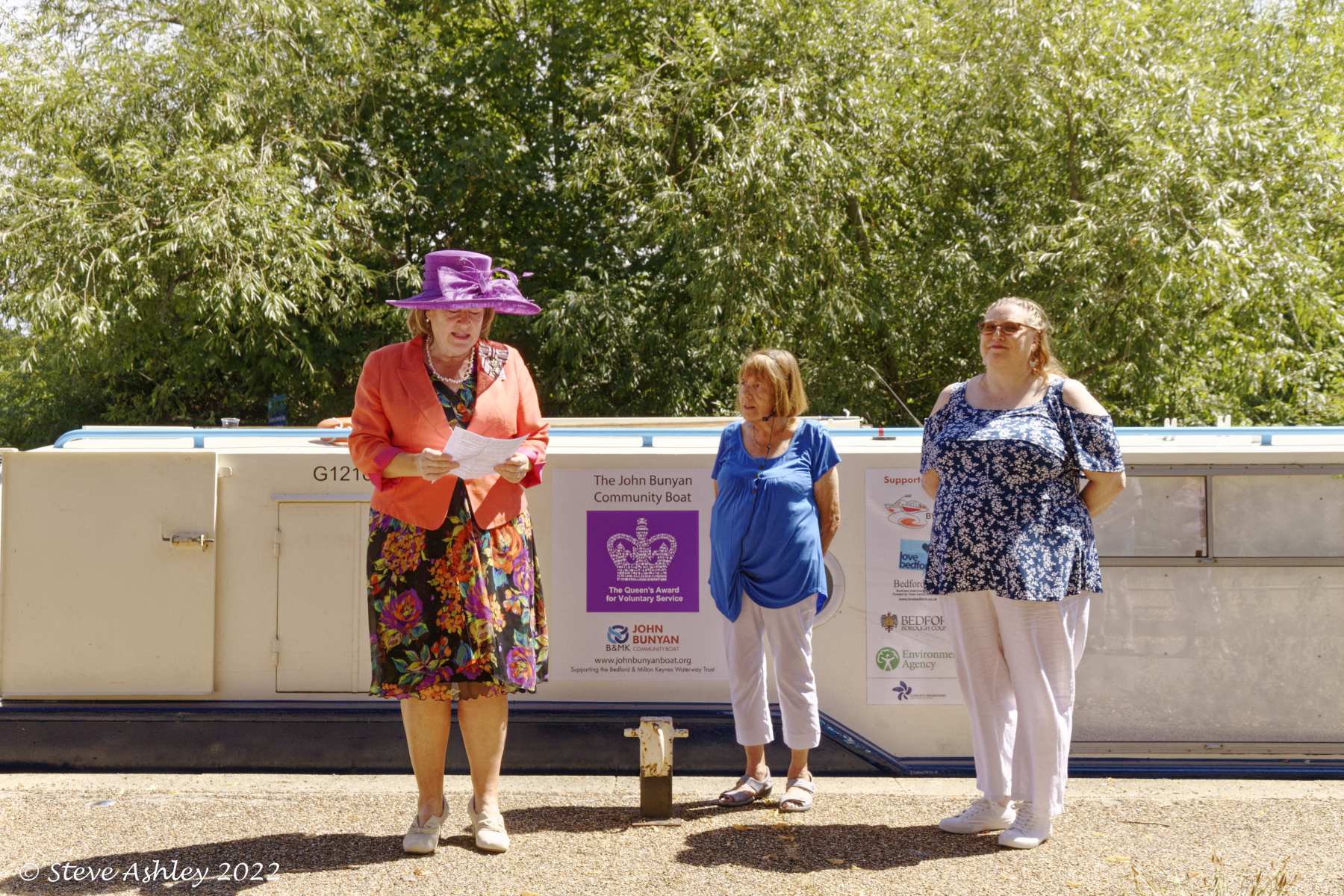 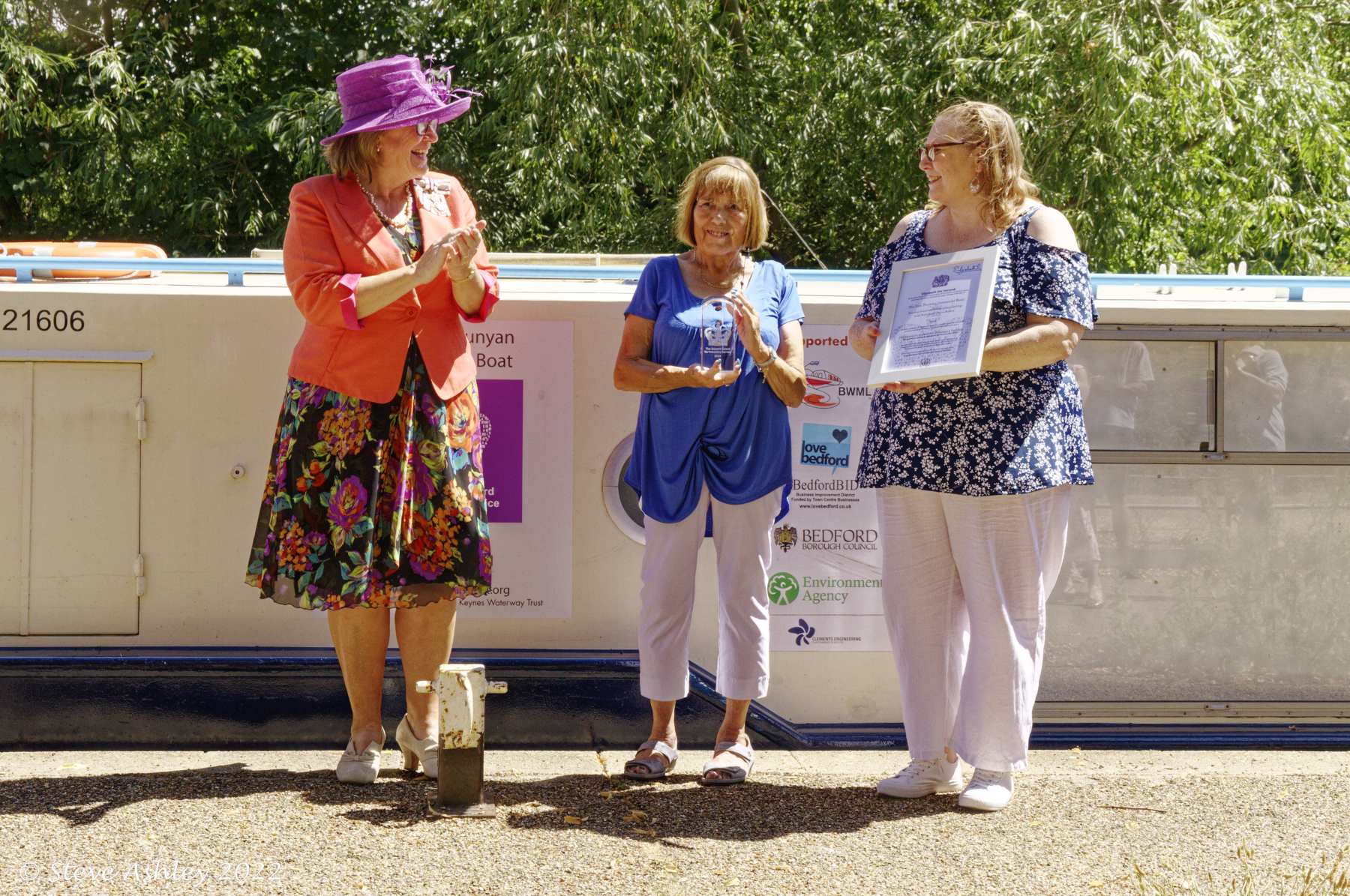 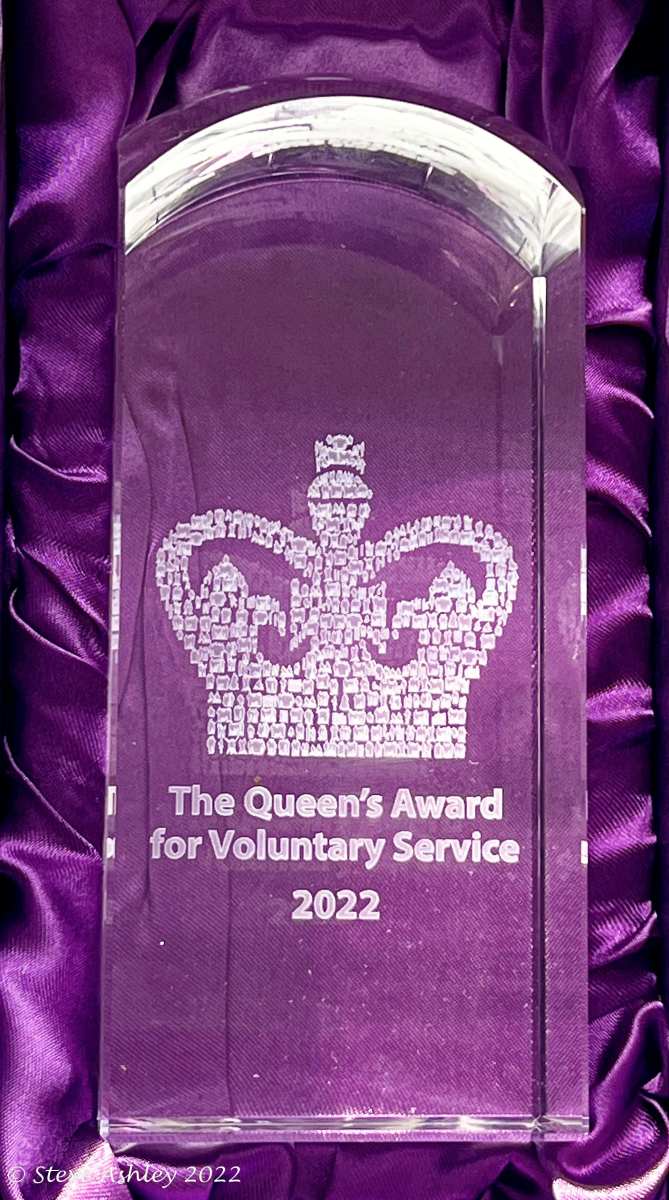 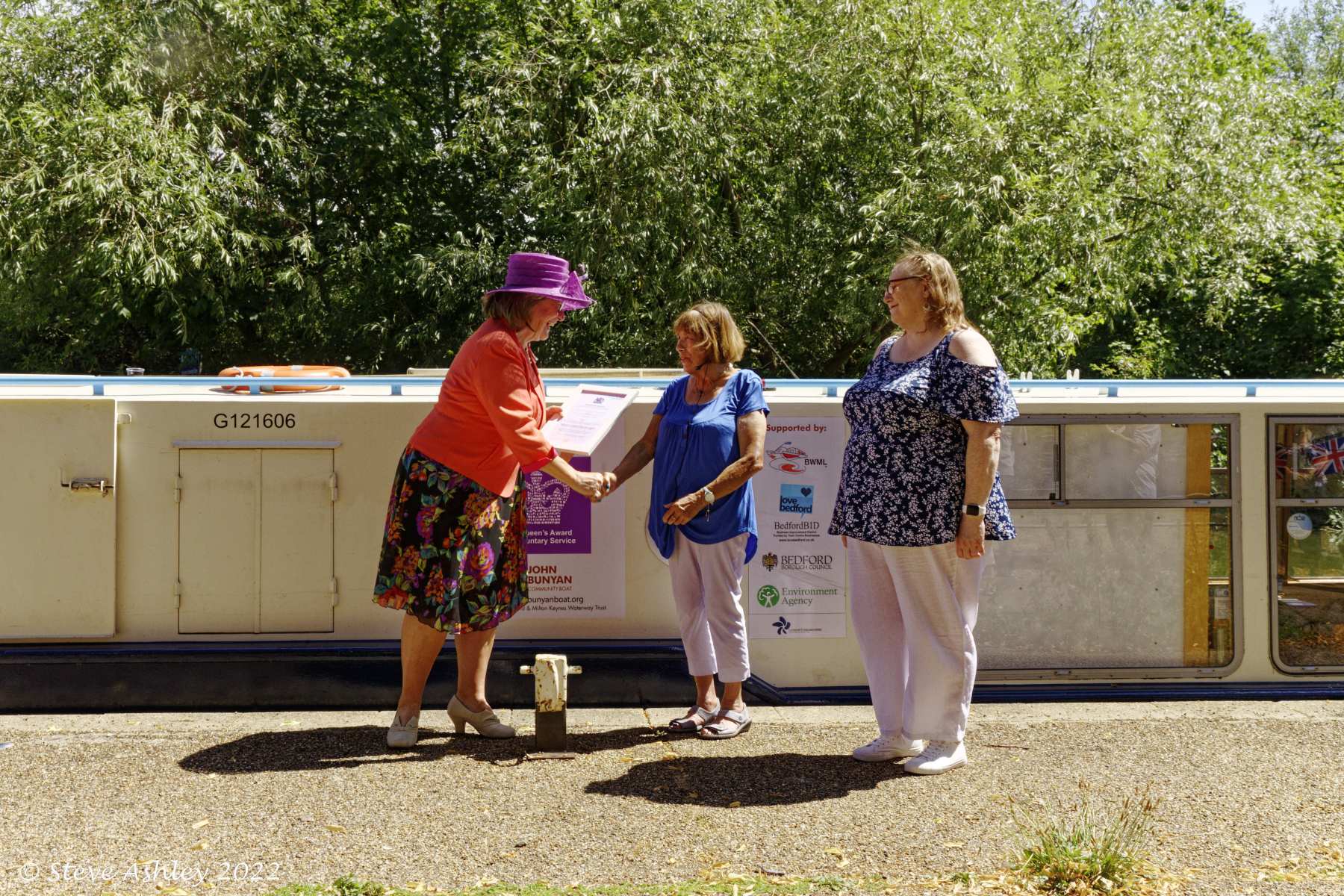 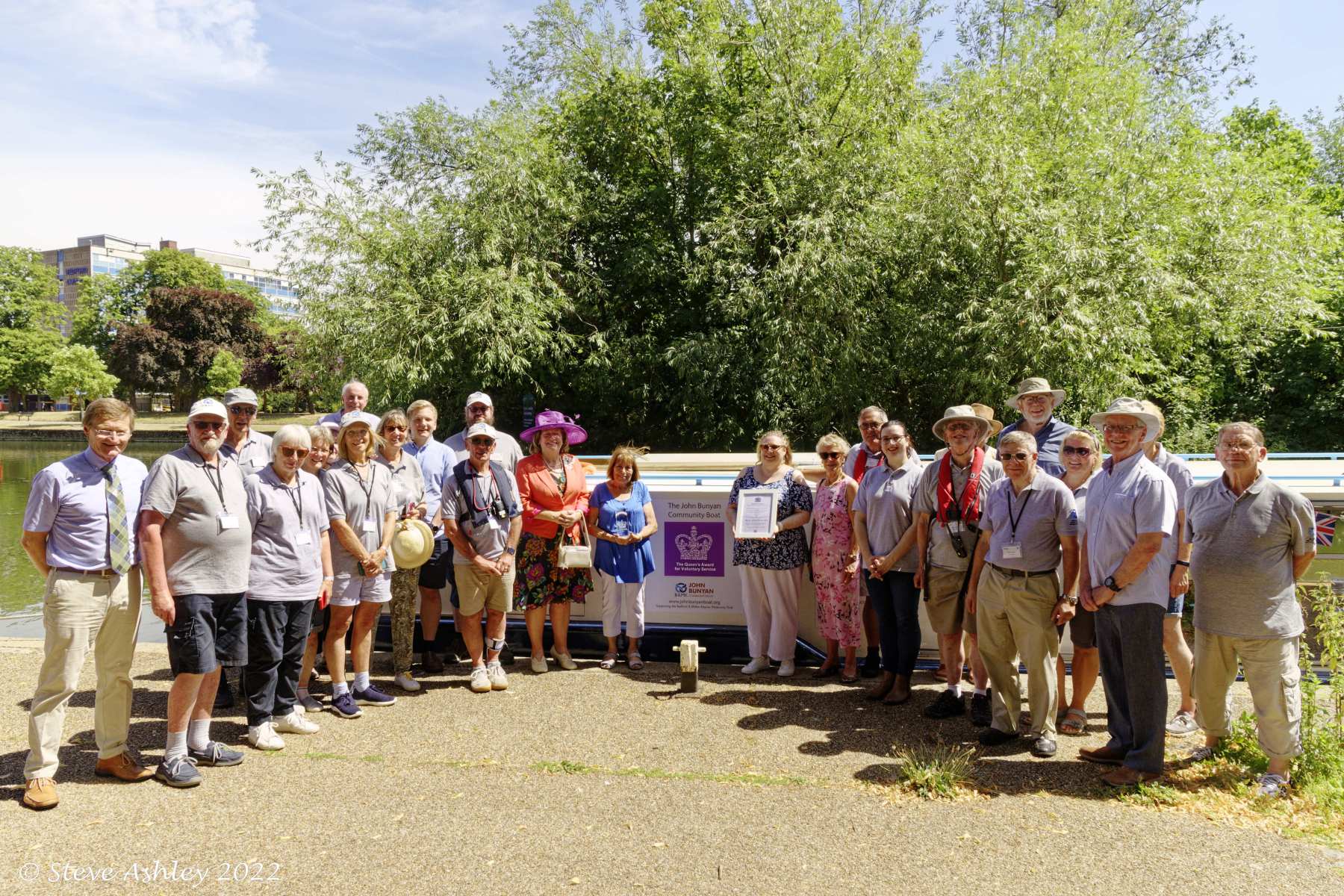 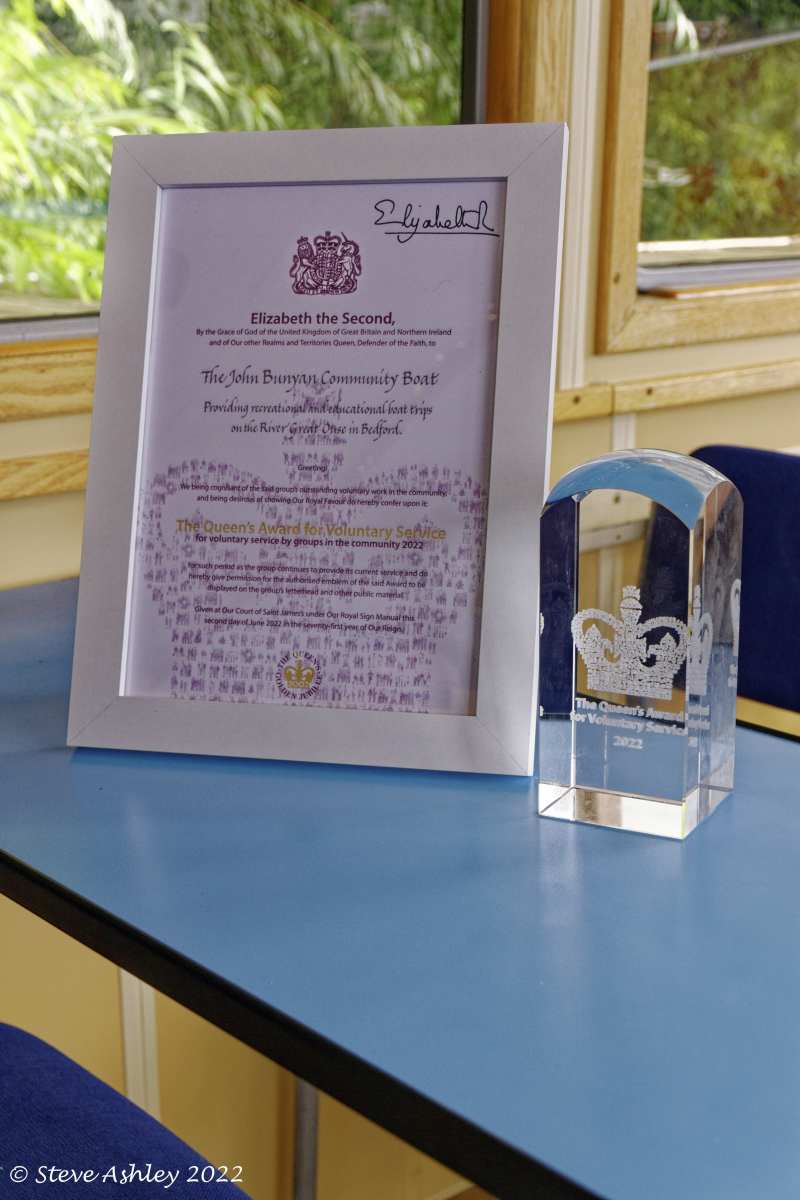 The volunteers of the John Bunyan Community boat have been officially awarded The Queen’s Award for Voluntary Service – the MBE for volunteer groups by the Lord-Lieutenant of Bedfordshire, Helen Nellis.  They are among 244 local charities, social enterprises and voluntary groups to receive the prestigious award this year during the Queens Platinum Jubilee year.

The award was presented to Chris Tilney, one of the founding volunteers of the JB, and Dawn Bell daughter of Graham Mabbutt, Graham was the former chair and a founding volunteer who sadly passed away last month.  Graham had the honour of unveiling the Queens Crest on the side of the JB on the 2nd June.

The Queen’s Award for Voluntary Service aims to recognise outstanding work by local volunteer groups to benefit their communities. It was created in 2002 to celebrate The Queen’s Golden Jubilee. Recipients are announced each year on 2nd June, the anniversary of The Queen’s Coronation.

Chris Tilney, one of the foundering volunteers on the John Bunyan and originally a volunteer with the Bedford & Milton Keynes Waterway Trust says: “It is such an honour to receive the Queen’s Award for Voluntary Service on-behalf of the volunteer’s past, present and yet to come. This is deserved in recognition of the hard work of our volunteers, who work to run a wonderful boat service for the people of Bedford and surrounding area. I would like to personally congratulate the volunteers for all their work over the past 9 years, which has led to the success of the John Bunyan boat and highlight Bedford’s beautiful Embankment.”

Dawn Bell, “It is a real honour to receive this award with Chris Tilney and representing Graham who would have been delighted to have received the award on behalf of our volunteers who have over the years worked to provide community cruises for the people of Bedford and surrounding area. Graham would be very proud of all the Volunteers who have given many hours on the John Bunyan as he was very passionate about the boat.

If you would like to find out more about volunteering with the John Bunyan and join our boat crew or land based crew, then you can find all the details on the website or by contacting volunteering@johnbunyanboat.org.